Biden to nominate Buttigieg for Secretary of Transportation 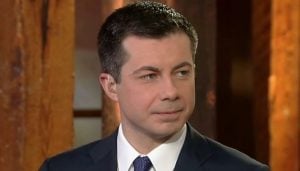 President-elect Joe Biden will nominate former Democratic presidential candidate Pete Buttigieg to be his Secretary of Transportation, according to multiple reports that cite people familiar with the matter.

Buttigieg, who less than two years ago was a mayor of South Bend, Indiana, has astronomically made himself a household name across the nation through his dark-horse 2020 presidential campaign. After dropping out of the race, he was quick to endorse Biden, a fellow moderate, for the Democrats’ nomination.

If Buttigieg is confirmed by the U.S. Senate, he will become the second openly gay member of the Cabinet in U.S. history.