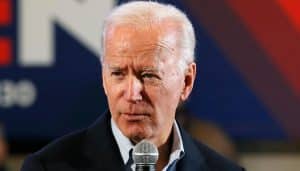 On Wednesday, President-elect Joe Biden said he’s “confident” that his son, Hunter Biden, did nothing wrong amid a federal investigation into the younger Biden’s taxes.

“Are you confident your son Hunter did nothing wrong?” a reporter asked after an event where the president-elect officially announced former Democratic presidential candidate Pete Buttigieg as his nominee for Secretary of Transportation.

This is the second time that Biden has commented publicly on his son after Hunter Biden confirmed last Wednesday that his tax affairs were being investigated by the U.S. attorney’s office in Delaware, the Bidens’ home state. When asked by a reporter Friday if his son committed a crime, Biden responded by saying, “I’m proud of my son.”

Furthermore, this comment from the president-elect comes after NBC News this past weekend published emails it had obtained which show that Hunter Biden had $400,000 in unreported income from his time at Burisma Holdings, a Ukrainian energy company, while his father was vice president and the Obama administration’s public face of its Ukraine policy.

Additionally, outgoing U.S. Attorney General William Barr was reportedly aware of federal investigations into Hunter Biden before the November 3 presidential election and worked to ensure the information was not released to the public, The Wall Street Journal reported Thursday.