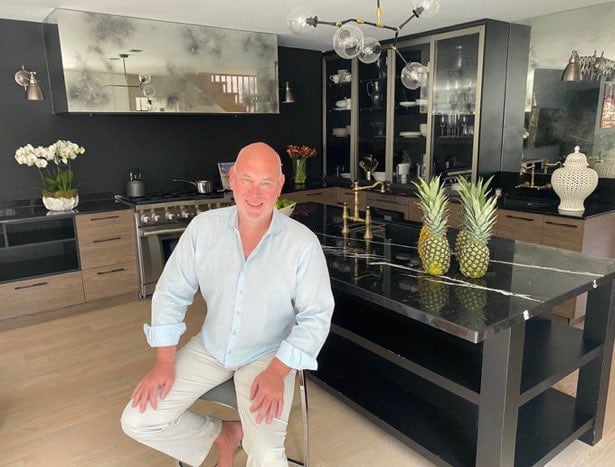 Democratic radical Rep. Alexandria Ocasio Cortez is once again working her gaslighting magic. She wants Americans to believe that the surge in crime in New York City – or for that matter, all Democratically run cities – is because people are hungry. She can’t seriously expect people to believe this, right?

Yes, she does. She, like many of her radical left colleagues, push an ideology that is antithetical to the United States. They don’t care. They, like marxists in other nations before them, game the system to rise to the top and then find a way to remove the very freedoms that allowed them to succeed in the first place. They do it under the guise of what’s best for the whole of society, equity and fairness.

Their lies are just part of their strategy. For them the ends always justify the means.

It is an ideology that removes responsibility from the individual, redistributes blame and cripples any nation willing to embrace it. If it succeeds it will make the nation and for that matter the world a much more dangerous place.

It won’t just be NYC, as well as other poorly Democratically run cities, like Chicago, that will pay the price but cities all across rural America if the radicals takes control.

So what does this mean? America is at a crossroads. A vote this Fall in the 2020 presidential election will be more than just fulfilling your obligation as an American but it will literally be the battlefield of ideology: American principals versus Socialist Marxist ideology.

Don’t be fooled. This isn’t about voting for something different than President Donald Trump, but a choice between individual liberty and the radical left.

AOC is that radical left. And it won’t be former Vice President Joe Biden, who is very gaffe-prone, who will be calling the shots. Think about it, he’s spent nearly 50 years in government and has done nothing of what he is now promising to do this election cycle.

His promises to literally transform America are being made by a new younger, well-groomed, radical liberal presence in our nation. They have been indoctrinated in our so-called best universities and colleges. Moreover, many of their predecessors have already embedded themselves deep into our bureaucracy.

Ocasio-Cortez, along with Democratic colleague Rep. Ilhan Omar, are already putting their agendas into the Biden campaign.

For example, Ocasio-Cortez will be co-chairing a task force for Biden on climate change. Biden wants the presidency so bad he’s willing to place the radical left’s plans right into any possible future administration. His campaign advisors have already established task forces on health care, the economy, education, criminal justice and foreign policy. Ask yourself, what they plan to do?

Those people do not care about the average American or the principles this nation is founded on but they care solely about their own power and an ideology that his fundamentally different than that of the founders.

Just look at what Ocasio Cortez stated over the weekend in a Zoom video that “crime is a symptom of a diseased society that neglects its most marginalized people, and we do not solve that problem with police.”

Ocasio Cortez also stated that “maybe this has to do with the fact that people aren’t paying their rent and are scared to pay their rent and so they go out & they need to feed their child and they don’t have money so… they feel like they either need to shoplift some bread or go hungry.”

Again, she says nothing about personal responsibility or the fact that crime has surged since Democrats gained control of New York City. There is no excuse for senseless killings, rape and robbery.

Just look at this story (one of hundreds of stories recently about crime in NYC):

New York City’s homicide rate has hit a five-year high as the amount of people shot has jumped 42 percent compared to last year on the heels of an “implosion” of the city’s judicial system, according to NYPD Commissioner Dermot Shea.

A perfect storm of COVID-19 shutdowns within the judicial system (which have shunted indictments against the most dangerous illegal gun criminals), a breakdown in the city’s social safety nets (which has prisoners being released from jail straight into homelessness), and bail reform laws and case deferments have all hindered the NYPD’s efforts to staunch the bleeding, Shea believes.

“We cannot keep people safe without keeping bad, dangerous, people off the streets,” Shea said. “You have a criminal justice system that’s imploding. That’s the kindest way to put it.”

This is what the future of our nation will look like if Biden is elected. It’s not an over exaggeration but based on historical precedence and based on an ideology that robs individuals and societies of what people say matters most, freedom.