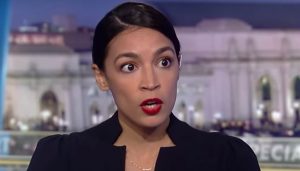 Rep. Alexandria Ocasio-Cortez, D-NY., has been promoting her new merchandise on social media, which ironically includes a $65 “Tax The Rich” sweatshirt.

Also included in her new merchandise line are t-shirts with the words “Student Debt” crossed out and shirts supporting the “The Green New Deal.”

Many are criticizing the prices of the merchandise and the slogans.

One person took to Twitter to say, “Genius. Lets make new clothing that will end up in another landfill, charge $65 for a sweatshirt, and have the audacity to use ‘The Green New Deal’ as a logo.”

On Black Friday, Ocasio-Cortez promoted her “AOC Plus Me” apparel and other items after encouraging her followers to shop small businesses, support local journalism and give to charity.